The Top 10 Company of Printer Manufacturers 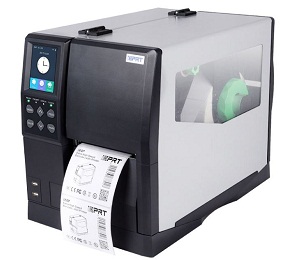 The major printer manufacturers offer not only a wide assortment of printers and other office equipment, but also all related printer cartridges. At UAE Technician you can find cartridges for printers of almost all manufacturers and for almost all devices at the right price, both in the compatible and recycled versions. A small introduction to the history of the giants in the printer sector.

Top 10 of Printer Manufacturers are as given below with sort explanation.

Founded in 1939 in a garage of what is now known as Silicon Valley, this American company has grown to become one of the world’s leading IT companies. It markets all over the world not only printers, copiers and fax machines, but also the most modern information and communication technologies.

The largest manufacturer of laser printers, inkjet printers, copiers, fax machines and label makers began its success story over 100 years ago in Japan by repairing sewing machines and typewriters, which it still produces today.

Canon is a successful manufacturer of cameras and is therefore particularly strong in the areas of photographic technology and color printing. The product range of the company founded in 1933 in Japan offers from small portable color printers to large format printers for industrial production activities.

The company founded in 1959 in Japan not only offers a wide range of alternatives in office technology, but also produces cameras, kitchen equipment, fine ceramics, watches and solar systems.

The South Korean manufacturer Samsung, with its products, covers almost entirely the electronics sector for entertainment communication. In addition to televisions, smartphones or cameras, it also successfully develops and manufactures printers, fax machines and multifunction devices.

Already shortly after its foundation Epson produced, in 1968, the smallest printer in the world and still today it is among the world leaders in the field of portable printers. It also successfully manufactures large format printers, projectors and POS systems.

Although founded only in 1991, it is one of the most successful American printer manufacturers. Lexmark’s success is based on the development of special and futuristic printing technologies, which make printing with laser and inkjet printers more convenient and faster.

This company, founded in 1881 in Japan, is considered today one of the most important in the world in the IT and communications sectors. Oki manufactures various printing solutions for the business segment and has been the only manufacturer since 2003 to offer a 3-year warranty for its products.

Office equipment has been among the most sought after since the 1950s. Even today, this Japanese company offers particularly versatile solutions for the entire office technology sector, from printers, copiers, faxes and multifunction devices to printers for industrial production.

The Xerox company was the inventor of xerography, a technology that pioneered modern laser printing. As early as 1949, Xerox developed the first copier, thus beginning a new era in office technology and embarking on a successful path that the company is continuing to follow.