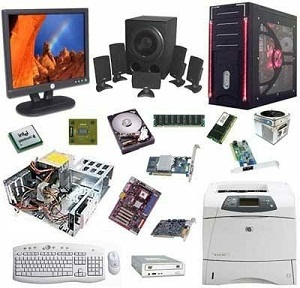 PC Parts UAE: The CPU, RAM, hard drive, video card, and motherboard are the five main parts of a computer system. Still, a computer requires some extra parts to assist the user in performing his task. Such parts can be a keyboard that helps the user to provide inputs to the computer. The mouse is another essential part that can be connected to a computer system. We will discuss more of them in this article. Though computers are laptops differ in outlook, the parts remain the same. Actually, the difference lies in the brand and quality of hardware installed on a computer. Perhaps your computer requires certain parts or some of the parts have stopped working.

Some people even want to assemble various parts of a computer to reduce the final cost. Whatever might be your purpose, you need a computer shop that will provide good quality parts for your PC or laptop. If you are a resident of Dubai, then you might want to purchase parts within your city only. Therefore, look for a reliable computer shop in Dubai.

Explore the Various Parts of a Computer:

Here, we have discussed the hardware and associated components of a computer.

It is a basic part of a computer without which the computer doesn’t make any sense. The monitor uses the video card to display images and texts on the computer’s screen. Most monitors come with control buttons attached to them. You can even change the monitor display settings by using these control buttons. Even some advanced computer monitors have built-in speakers to control the sound conveniently. These days monitors have LCD or LED displays to reduce the thickness of the monitor and add a classy look. Unlike older monitors, recent monitors take up less space when kept in your house.

The CPU is considered as the brain of the computer as it controls the working of the computer. It analyzes the data users send to the computer. Each time the user clicks a key or run a program, the CPU reads the code and returns the response. The computer memory sends stored data to the CPU for further analysis. The CPU is an important part as the computer won’t respond if it fails to work correctly. Therefore, visit a computer repair shop if the CPU is having any issues.

It is a variable component whole capacity varies from one computer to another. Older computers used to have a few dozen megabytes of RAM installed on them. Whereas, modern computers are equipped with sufficient RAM. It is known as the short-term memory as data stored in RAM is lost once you shut down your PC. When you do a new activity on your PC, RAM instantly moves to it.

Though it is a volatile memory, it is useful for handling high-speed tasks. There are different types of RAM each suited for a particular purpose. Many people have this perception that higher the size of RAM greater will be the functionality. But, size is not the only factor since you must consider many things before installing a RAM. Reach a computer shop that will be able to install a compatible RAM for your PC or laptop.

Data gets erased from the RAM when the computer is turned off. So, your computer hard drive stores the data, documents, and applications using magnetism. Thus, it is known as the storage unit for computers. The hard drive is made up of small platters with moving heads that might get damaged internally. As a result, your computer will have difficulties in saving data. Thus, replace the hard drive from a nearby computer shop and prevent data loss.

Here keyboard doesn’t refer to the on-screen keyboard. Such keyboards are built within computers to assist users when the external keyboard isn’t working. Since we are talking about computer parts, the keyboard here means an external keyboard you can buy from a computer shop. Keyboards contain different keys each with a specific function. Keyboards make your work easier especially when you are writing something on your computer.

The mouse is the next important tool that is used for giving inputs into your PC. Though laptops come with an attached mouse, you might find it comfortable to work with an external mouse. Moreover, the mouse is a pointing device to select objects appearing on the computer’s screen and thereby access files and folders. The touchpad or trackball are the alternatives for a computer mouse. There are mainly two types of computers’ mouse:

It was all about various parts of a computer. If your computer needs to lack some parts, then connect with a computer shop for durable PC parts in Dubai, UAE. Carefully verify the service provider and check the cost before buying computer parts from a particular shop.