byadmin 4 Jan inApple No comments yet 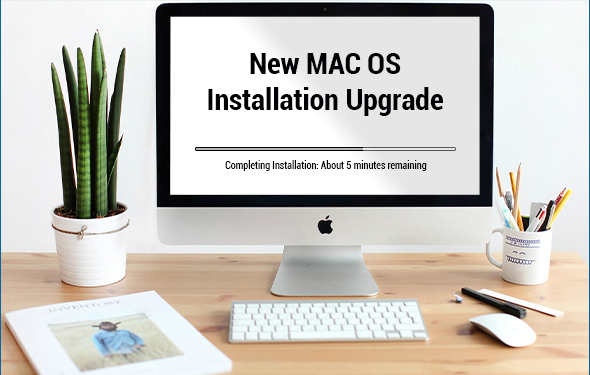 Apple hits the fame button with the latest upgrade of its MacBook Air series. The good old version didn’t win much affection from users but the one released recently celebrates the popularity it earned. From editing videos or images, handling its camera and further exploring the device’s potentials, it gives you the evidence of its premium performance in every field. The new MacBook Air enters with a lot of alterations but keeping most of the basic features of the older one intact. MacBook Air’s design and the footprint are also included in the changes that have taken place. While some other alterations in the new version remain unnoticeable. And with all the premium upgradation, if you refer to the MAC OS Installation Update, then you tend to gain advanced stability, security, and improved performance as well.

However, let us walk you through every specification of the new MacBook in details. Also, we will let you know about the MAC OS Installation Update briefly so as to let you enjoy the MacBook Air to the fullest.

The little preview of the basic specifications laid above, give you a tiny peek into the overall functioning of the device. The screen dimensions, the footprint, processor speed, and performance all come with advanced and boosted features.

1. The Display and Resolution

The display and the screen on the MacBook Air is one of the biggest alterations that Apple made to the older version. The bezels are relatively slimmer thereby giving a comparatively larger display. Also, this led to the device to shrink and become extremely convenient to carry. Thus, it checks the easy-portability box. However, the screen size remains 13.3 inches but appears bigger. Also, the display maintains an aspect ratio of 16:10. The MacBook Air of 2018 arrives with an exclusive feature that is the Retina Display possessing a potential resolution of 2560 x 1600 pixels. As a result, the pixel density is 227 pixel per inch or ppi. This signifies that it is relatively sharper than the other version of the MacBook.

The Retina screen provides the device four times the standard resolution. The advanced improvement in the display field makes the upgrade even more impressive. And this would be the initial change that you notice when you power the new MacBook Air on. Thus, it promises a premium display and the ones working on the older device would feel the improvement immediately when they begin using the new MacBook Air. Apple also was successful in altering the viewing angles dramatically for the new change. Now, this change has eliminated the problem which the users faced with the earlier counterpart. They had to tilt the screen in such a way that it is compatible with the position of your eye. We witnessed several reflections at severe angles through the anti-glare glass which shields the LCD. But now, there is no such issue, thanks to the upgrade.

Also, an increase in the color accuracy which includes a wide color gamut. And the gamut is potentially able to portray 48% more clarity and colors when compared to the earlier Air. Therefore, the images and videos appear more vibrant and clear which lets you appreciate the viewing experience to the fullest.

2. The Processor of the Latest MacBook Air

The Air’s CPU is a 1.6 GHz processor with dual-core and Intel Core i5 of the 8th generation. Although the processor isn’t the latest one, it created a buzz during its arrival. That is because it was indeed the latest when it arrived. However, when compared to the earlier versions, you can feel the change due to the development of the chip. Also, the chip may not be much of an improvement because the MacBook Pro beats it with a 2.3 GHz processor with 8th generation Intel Core i5.

However, the speed is relatively greater and is as much as it needs irrespective of what the MacBook Pro holds. That said, it guarantees consistency which prevents you from being annoyed and frustrated every time the device slows down. The new version bars any system crash and slowdowns and thanks to the processor for that! Now, you can perform high-end editing, be it a video or an image and your system does not face any crashes.

The MAC OS does not, generally, add much modification but only a few interface components with every single upgrade. But with the 10.14 Mojave, the largest noticeable alteration is the exhibition of the dark mode which is added to the interface. Now, this helps you to operate at night without complaints. And if you do not possess it, you must go for the MAC OS Installation Update. This will lead you to unlock its premium features, enabling you to enjoy the MacBook Air to the fullest.

On the other hand, Mojave brings few Apple’s iOS applications to the Macintosh and this includes the Apple News and the Voice Memos as well. The Apple News application functions just as any regular application compatible with the Mac setup and so does the Voice Memos too. But, this also brings you to note that the applications don’t have the freedom of varied options. However, the Mac OS is a steady and reliable Operating System so much so that other Operating System users feel comfortable to switch to the Mac and don’t encounter any hassles while at it.

4. The Artful Design and Eco-friendly Build

The design of the new version is relatively smaller than the older one and, eventually, lightweight. That said, it is comparably thinner and has a smaller footprint measuring 212.4 x 304.1 x 15.6 mm. Also, the signature wedge-shaped design of the Air is constant here as well. The hardware consists of a fanless 8th generation dual-core processor along with an 8GB of RAM. And it is upgradable up to 16GB, so that is a huge relief!

The keyboard of the MacBook bears Apple’s third generation Butterfly mechanism. Apple claims that this provides four times improved stability when compared to the traditional laptop keyboards thereby granting prompt responsiveness and greater comfort. Also, the keys are shallow, which may lead you to difficulty in the beginning but eventually grows on you and gives a pleasant experience of typing. While pressing the keys, you hear oddly satisfying clicks.

The integrated Touch ID in the MacBook Air grants you the ability to log into the system with your fingerprint. This is an extremely time-saving method, obviously, which makes the logging process convenient. Unlike other devices, the touch integration works just fine. In fact, it is prompt in detecting and reacting to unlock the system.

The MacBook Air incorporates recycled aluminum which makes the device a distinctive eco-friendly one. Apple employed the metal shavings to create the unibody aspect. It is free from blemishes and doesn’t absorb handprints.

The port accessibility gives you two USB-C, Thunderbolt 3, ports which you can plug along the left part of the Air. You can, obviously, employ either of them for charging purposes. Talking about the charging point, we thank Apple for continuing with the USB-C format for serving as a charging junction. However, the ports’ placement concerns us since they are located on one side which is quite close to each other. If placed on both the sides together, it would give space and flexibility. But, this cramps you to stick to such an orientation.

If you seek the latest update of the MacBook Air, you must find this article beneficial. This covers every little detail of the latest MacBook Air laptop exploring every feature clearly. If you encounter any problem or if further questions bug you, then feel free to contact the experts.

Yes, the Apple MacBook Air of 2018 brings you the Retina Display and is 17% smaller which makes it lighter. The Integrated Touch ID saves time immensely. Also, Apple announced this version’s introduction at a particular event in Brooklyn, New York.

The brand placed the two latest MacBook Airs on its website. One, an 11-inch system and the other, a 13-inch one. The 11-inch MacBook Air possessing 128GB, as stats say, is the least expensive of the MacBook series.

The manufacturing of the 11-inch version of the MacBook Air is entirely stopped. But, Apple still holds the 13-inch models alive and accessible to users. However, we do not foresee any further updates on the news.

There is a subtle contrast between the MacBook Pro and the MacBook Air. Given all their specifications, the Air remains a better choice over the Pro version. The premium components in the Air makes it a clear winner over the Pro.

The systems which arrive with SSD usually possess a storage capacity of 128GB or 256GB. And this is sufficient for processing all programs smoothly. But, if you want to run high-end games, the system will not support such strength and it would be unfair to demand such quantity from a standard laptop.